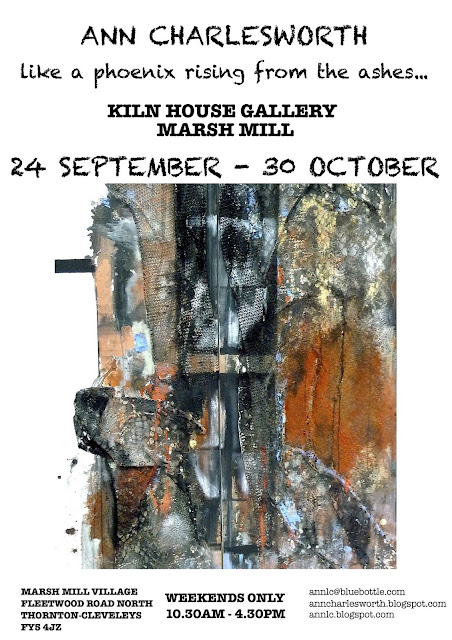 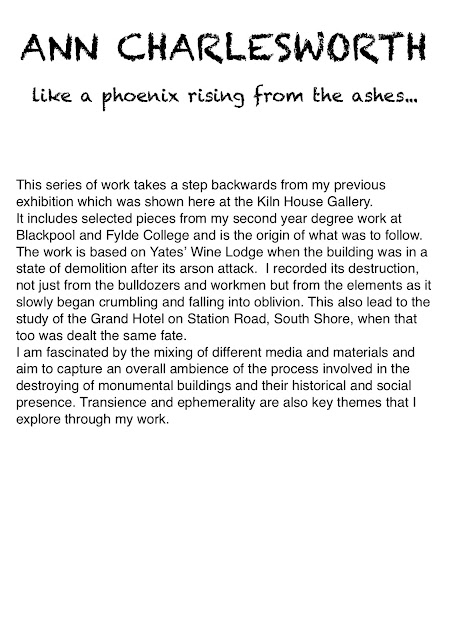 Posted by ANN/THE GALLERY at Wednesday, September 21, 2011 No comments:

Email ThisBlogThis!Share to TwitterShare to FacebookShare to Pinterest
Labels: like a phoenix rising from the ashes - exhibition 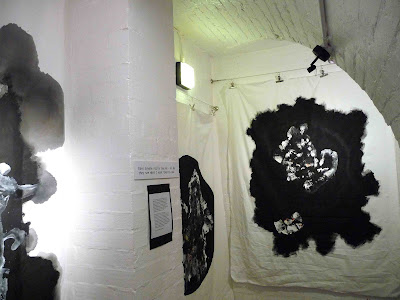 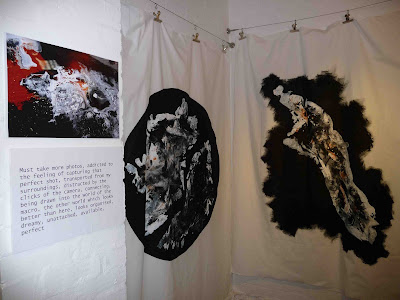 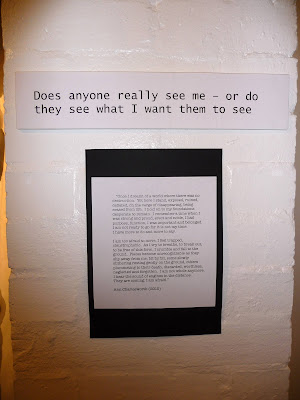 Posted by ANN/THE GALLERY at Wednesday, September 21, 2011 No comments: 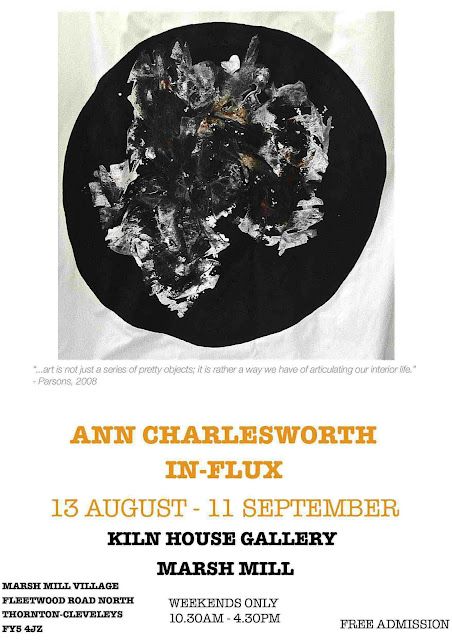 This is my first solo exhibition.  I chose the Kiln House Gallery because it is a unique space which is intimate and has a lovely atmosphere which I thought would really compliment the personal nature of my recent degree work.
Artists Statement

As Parsons (2008) states "...art is not just a series of pretty objects; it is rather a way we have of articulating our interior life”.
Therefore it has become my focus, my obsession almost to try to unlock and gain access to some of these buried emotions. My work is about communication and dealing with intense buried emotions, after the death of my father as a child.  Art is my way of finally trying to deal with the emptiness, confusion and anger that has been allowed to build up over years. This has come about by ritual and absorption into the actual aspect of creativity and mark making, but has also arisen from the specific recording of the developmental stages; all in all it has been about slowing it all down and allowing myself to immerse in the whole ambience and atmosphere of my artistic process.
The end result has an aesthetic quality and an ambiguity as it manages to take on different forms for the people who look at it. This is unintentional but shows how powerful the imagination is as it tries to make sense from chaotic, intricate, complex pattern and forms.
I work on large pieces of unstretched canvas material in mixed media. Their size is approximately 2 meters square.
Posted by ANN/THE GALLERY at Saturday, September 03, 2011 No comments:

Email ThisBlogThis!Share to TwitterShare to FacebookShare to Pinterest
Labels: POSTER and artists statement

Posted by ANN/THE GALLERY at Saturday, September 03, 2011 No comments: 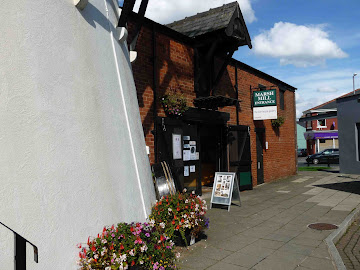